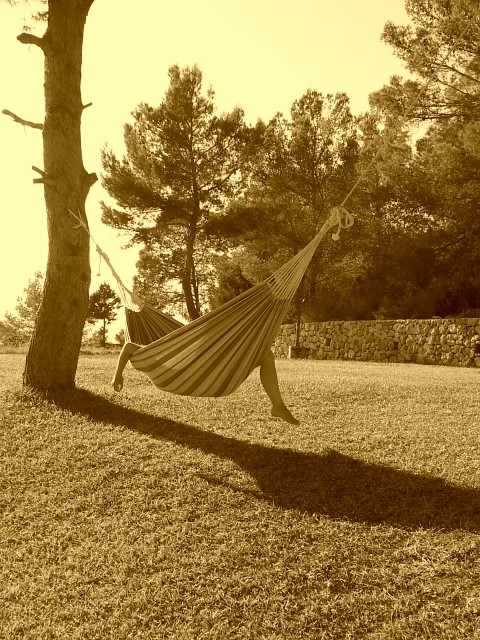 An INTROVERT in an EXTROVERTED WORLD

There were many lessons learned while on Yoga Teacher Training (YTT) for 30 days in Ibiza, Spain. I’ve written about some of them already (Part I and Part II). Today, I’d like to share my 3rd big lesson which was perhaps the most personal…and lengthy. Bear with me…

I mentioned in one of the earlier posts that one of the greatest challenges was sharing close quarters with a group of strangers. We were, for the most part, a house of “odd couples”, and there were times when irritations and annoyances were magnified. I should also mention that despite this, we all got along very well…considering.

Still, I found it hard to find my comfort zone among so many people. I am not only a highly sensitive person but also a full-blown introvert. Finding space, downtime, and freedom from stimulation was a bit of a challenge. There were expectations for us to engage socially, which was fine; I wanted to get to know people. But I was often faced with a choice. I need a lot less engagement than others. I like being alone. I need it to feel centered. So would I take care of myself and my needs and risk feeling isolated or would I fit into “other people’s rhythms” and meet the social expectation?

I am early to bed, early to rise by nature. The majority,  however, enjoyed their late nights and weekend sleep-ins. Because dinner was served often after 8PM, I took to setting aside leftovers so I could eat my dinner as soon as classes were finished, giving me time to digest. That meant that I missed out on many dinner conversations and connections. Instead, I’d be in my room  journaling, meditating, or listening to music before bed. When we had breaks, I’d often just want to go off alone on hikes or hang out by myself. And even though we had opportunities on the weekend, I didn’t really want to site-see. To me, it felt like a distraction from my focus. While I wouldn’t have minded getting off the top of that hill for a couple of hours, given the choice of relying on someone with a car and having to be out all day (or night) long, or being stuck at the house, I happily chose “stuck at the house” where I could recharge.

Most introverts sense the judgment that comes with being different, how extroverts might take it as a form of rejection, that we’re “too good for them” or “standoffish”. It creates a vicious circle as each “type” tries to establish their traits as normal or acceptable; it’s a form of self defense. (Of course, we live in an extroverted world, so I would argue that introverts have it harder.) Regardless, their is awkwardness on both sides, struggling to understand one another, and it all makes it that much harder to connect when we want to. I feared I was giving this kind of message in keeping my distance,  so I had to overcome this fear of being perceived as judging as well as of being judged.

As an introvert, I actually genuinely like people, very much, but I like them in much smaller doses than the average person. In truth, my system simply needs more down time. While the extrovert enjoys talking, I get overwhelmed by the stream of words. While the extrovert feels energized by interaction. I, on the other hand, just wind up feeling drained and disturbed by the various vibratory fields of others. If there are conversations going and music playing all at the same time, it is simply too much for my nervous system. After a time, it brings on physical pain. My charge comes from time alone and in peace and quiet.

Within the first few days, I became aware that others were engaging with one another in a way that they weren’t with me. It wasn’t something intentional on their parts. I figured they must have been unsure about me, maybe even afraid to interact because they had yet to get a sense of who I was. Or maybe they just thought that I was “the person who didn’t want to engage”…a typical box every introvert knows. So that night, I made the effort to stay up late and engage in more conversation than I normally would. It was worth it. It broke the ice. And thereafter, even though I lived as I needed to, I felt like it was okay.

I spoke with my sister, another introvert, about this today. She brought up an important point…that introversion is often considered some kind of pathology. But there’s nothing wrong with us. We’re just different. We don’t need fixing. We don’t need pity. We simply need more space and a healthy dose of respect and understanding.

Regardless of where we fall on the extroversion/introversion spectrum,  we’ve each got our stuff. The only thing we really need to deal with is our stuff. It’s so much easier than trying to deal with everyone else’s…or expecting others to deal with ours for us. Why should they? Sure, there will be misunderstandings and projections. So flippin’ what? Those will always be there until we become the sparkling-clean mirrors for each other that we were meant to be. And this will only happen if we each accept and deal with our own stuff!

Maybe it’s because I was finally able to release any last remnants of self-judgment over my introversion that any  outside reflection of being judged was vaporized. I was able to deeply honor and accept my introversion on this journey,  and I was fortunate enough to be with a group of people who were okay with that, if not at first, at least in the end.

So in summary, here is my third life lesson from YTT: I’m okay. You’re okay. We’re okay. Even when we’re not okay, it’s still okay. We only have to take what’s ours when it’s not okay. Okay?